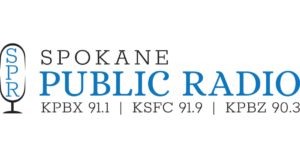 Lee was featured on Spokane Public Radio’s Northwest Arts Review, where he and host Jim Tevenan discussed his new Composer in Residence position with the Bozeman Symphony. Their conversation delves into Lee’s compositional background, influences, and eclectic musical language, finishing with an excerpt of Lee’s Through the Mangrove Tunnels. 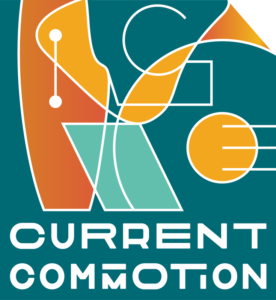 As the Bozeman Symphony’s Composer-in-Residence, Lee co-curated (alongside Music Director Norman Huynh) this new series, the first of its kind in Bozeman, which explores contemporary music in a creative and accessible way. Current Commotion marked the Bozeman Symphony’s inaugural performance at the Rialto, a music venue on Main Street in the center of Bozeman’s bustling downtown district. The program, featuring Lee’s Hurry Up and Wait alongside other exciting pieces of new music, was presented in a cabaret-style format featuring Bozeman Symphony orchestra musicians, and was live-streamed online.

Copland House announces the debut of a new six-program virtual series called Cultivated Spaces, featuring the World Premieres of all the new works Copland House commissioned for its CULTIVATE 2020 emerging composers institute. Each Cultivated Spaces livestream spotlights one of CULTIVATE’s six 2020 Fellows and their work in a complete performance by the Music from Copland House ensemble, “one of the leading champions of contemporary music” (Louisville Weekly). Each program begins with a brief introduction by the featured composer, who returns for a lively post-performance conversation with CULTIVATE’s Director, Grammy-nominated composer-clarinetist Derek Bermel. The free, 25- to 30-minute programs, were filmed at Merkin Hall in Manhattan, and are accessible at ICareIfYouListen.tv. Lee’s Between the Lines will premiere on April 20.

Through the Mangrove Tunnels was reviewed this month by BBC Music Magazine and the Whole Note. Giving the album 4/5 stars, BBC Music Magazine describes the album as “a knotty, discombobulating adventure.” Cheryl Ockrant of the Whole Note praises the album as “a welcome escape from my own four walls. This album is great storytelling, an audiofilm of tales of imaginative discoveries… I was captivated.” “Lee manages to engage the listener with his blend of contemporary classical and extended jazz techniques, travelling seamlessly between tonalities and poly-rhythmic styles without a single extraneous or gratuitous beat. Each track is expertly crafted to tell a tale of mystery.” “Gorgeous composition.” 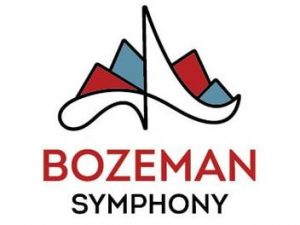 The Bozeman Symphony presents Scott Lee as its first-ever Composer-in-Residence. During his residency starting in May 2021, Lee is commissioned by the Symphony to write a piece inspired by the unique spirit and energy of Bozeman that will open the much-anticipated 2021-2022 concert season. In addition to a world premiere piece, Lee will engage with the community through multiple virtual events in February 2021, and in-person events throughout the 2021-22 season. 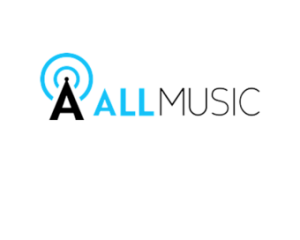 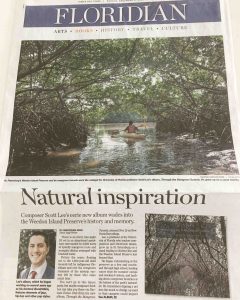 Reviews for Through the Mangrove Tunnels this month come from Midwest Record, which praises the album as “great stuff for when you’ve got a taste for something deep that won’t leave you cold” and the Art Music Lounge, which describes it an “interesting album, full of novel ideas” and “extremely fascinating.”